1. Turinabol is a potent lean tissue builder, and good for cutting. 2. Turinabol is a safe steroid and often described as having properties somewhere between Dianabol, and Anavar. 3. Daily dosages are in the ranges of 40 to 60mg and Turinabol makes a great addition to cutting or pre-contest stacks. Versatility is a very positive aspect of this steroid and even athletes in sports where speed is required will find Turinabol a suitable performance enhancing drug. 4. The strong anabolic effects without the added weight gain from water-retention are very favorable.

4-Chlorodehydromethyltestosterone, sold under the brand name Oral Turinabol, is an anabolic steroid. It is a chlor-substituted version of methandrostenolone (Dianabol). Turinabol was the first original product of Jenapharm, an East German pharmaceutical company. The patent registration took place in 1961. The idea of combining the structures of 4-chlorotestosterone and methandrostenolone originated from the chemist Albert Stachowiak.At the time this represented a unique dissociation of anabolic and androgenic effects after oral administration.[1] The product had been introduced for clinical use in 1965. Turinabol was the key steroid administered to approximately 10,000 athletes from East Germany (GDR). The doping program was run by the East German Government from about 1968 until 1989 when the Berlin wall was destroyed. The doping program was known as STASI 14.25. The doping was done in secret and it was only in the 1990s when Franke and Berendonk looked closely at the original archived information was the true scope of just how well-planned and successful the doping regime had been (in terms of medal success and world record performances)

Oral Turinabol ( 4-chlorodehydromethyltestosterone ) is somewhat of a unique anabolic steroid. Specifically, Oral Turinabol is a cross between Methandrostenolone and Clostebol. This provides a steroid with powerfulanabolic action while at the same time minimizing androgenic characteristics. Oral Turinabol also carries somewhat of an interesting history behind it.

Oral Turinabol was first released by Jenapharm out of East Germany in 1962. The steroid would enjoy a very high safety rating for decades not only among men but in women and even children in a therapeutic setting. This steroid was proven to be very effective in the effort to build or protect lean mass and bone mass without severe complications. However, Oral Turinabol would gain worldwide attention in the 1990’s when the East German steroid scandal became public knowledge.

From 1974 to 1989 what would be known as the East German Doping Machine had been successful in administering anabolic steroids to its Olympic athletes. Not only were they cheating but they were getting away with it as steroids like Oral Turinabol were, at the time, undetectable. State Plan Research Theme 14.25 as it was officially known would also make use of epitestosterone during this period in order to skew testosterone readings in drug testing.

When Oral Turinabol was discovered as being an integral part of the East German scandal Jenapharm would discontinue the product in 1994. Two years later the pharmaceutical powerhouse out of Germany Schering, makers of such steroids as Primobolan, Testoviron and Proviron would acquire Jenapharm but chose not to bring Oral Turinabol back to the market. Since that time this anabolic steroid has never been manufactured by a true pharmaceutical compounding entity and has become a strictly black market underground anabolic steroid. 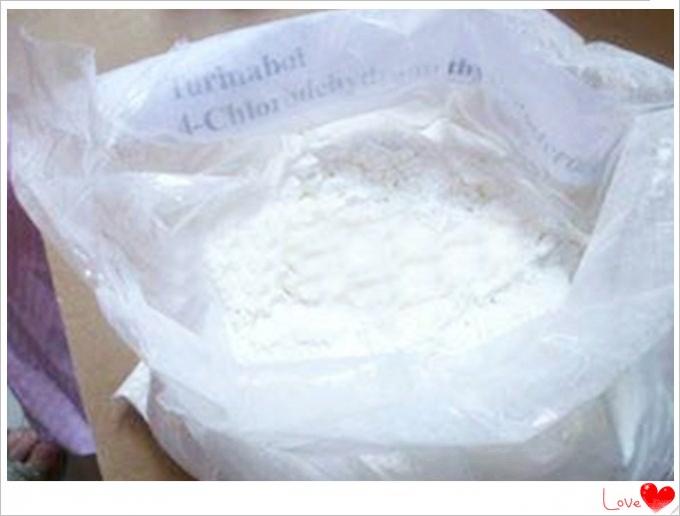 Oral Turinabol, commonly referred to as OT, is a derivative of Dianabol. It is designed to work without causing water retention or estrogenic effects. As a 17-alpha alkylated steroid, however, it can be toxic to the liver.Users of OT experience slow, steady gains that give the muscle a defined look probably because of the lack of water retention. Although OT was first developed in the 1960's, it has made its way back into popularity today, probably because if its low health risks and quality muscle mass it produces. User Notes: Recently, Oral-Turinabol has found its way back into the hands of athletes all over the world. It's the "new" sexy drug that's actually very old. It was the East German secret weapon when their sports doping program was at it's height.O-T, or T-bol as it's sometimes called, is a very nice strength and mass drug, and since it can't convert to estrogen, can even be used on a cutting diet. For this reason, it gets my "most versatile oral" award.Most users do fairly well with doses between 40 and 60 milligrams per day, taken in divided doses.

There was one case reported where a male experienced negative side effects from 5 years of using Oral Turinabol at a high dosage. It was found to be effective at extremely high dosages by those looking to gain strength and mass, yet athletes looking to obtain gains more quickly and more proficiently in their game were very successful with lower doses of Oral Turinabol.

Olympic level male Shot-putters were able to add 2.5-4m to their shot throws, 10-12m on their Discus throw, and 6-10m to their Hammer throws with in four years of training. Female athletes gained even more. One female athlete improved her throw from under 18m to over 20m. Women experienced increased and more severe and sometimes intolerable side effects than male users. Although, sometimes the women were taking doses that surpassed the men's by almost double.

1.Tbol is 17-alpha-alkylated (17aa) to survive the first pass through the liver 2.All steroids cause suppression, and turinabol is no exception to this rule. 3.Turinabol reduces blood clotting in the body 4.Turinabol can cause the shutdown of natural testosterone production in the body.

Tbol is 17-alpha-alkylated (17aa) to survive the first pass through the liver. You need to be very careful when stacking it with other oral steroids at moderate to high dosages due to potential kidney, liver issues. This means you must use a liver/kidney support supplement with it, such as N2Guard. I suggest sticking to a maximum two (2) orals per 6 weeks regiment and never stacking more than two (2) oral-steroids at a time. Although tbol generally has less side effects than other AAS, it should still be respected, as it is a powerful hormone.

Although Tbol and Dbol are almost the same thing, the difference is that there is an added 4chloro alteration with Tbol, which differentiate the two steroids. Turinabol has a zero (0) androgenic rating and a mild 53 anabolic ranking. This means there is zero androgenic or estrogenic activity with tbol (no aromatization will take place); therefore, users can expect slow, dry gains. On the other hand, dianabol is the king of aromatization and users will add a tremendous amount of mass (much of it water), in a short period of time.

Tbol is not a great bulking steroid at all, but that doesn't mean it does not have tremendous benefits in cycles. Since it does not aromatize, you don't have to worry about estrogenic side effects such as gynecomastia (bitch tits), water retention (oedema), insomnia, or high blood pressure (hypertension). No aromatase inhibitor is needed with Tbol cycles, so those who are prone to estrogen related side effects will appreciate this drug.

Dosing Of Oral Turinabol For Men :

When Oral Turinabol is used in an anabolic steroid cycle, less than 20 mg per day will be an almost unnoticeable addition to a stack, or will be a very weak cycle if used alone. There is little point in exceeding 50 or 60 mg/day, as added anabolic effect will be small if any. And adverse side effects of excessive muscle pumps and/or blood pressure elevation are often at a tolerance limit at this point, while becoming excessive past it.

I don’t recommend combining OT with other oral anabolic steroids. Instead, when using OT and wishing to increase anabolism, one or more injectables should be added rather than another oral. A sufficient reason for this is that results are much better from combining an injectable rather than any other oral (with possible exception of oxandrolone.) Another reason is that at effective doses of OT, hepatotoxicity is already as high as can be considered reasonable. Another alkylated steroid should not be added.

Still another reason to not combine OT with other oral anabolic steroids in a stack with injectables is this: If Dianabol or Anadrol are included in the stack, then there’s no reason to also include OT. It will do nothing anabolically that they will not.

Oral Turinabol can be used alone with significant results for novice steroid users or for experienced users who have experienced losses and are regaining. However in general I don’t recommend oral only cycles, and this is no exception.

When using OT, dosing is preferably divided to twice per day, although once per day is acceptable.

East German female athletes took OT at 5-15 mg per day for two to six weeks at a time. Aside from obvious virilization, many of these female athletes also suffered liver disease, heart disease, infertility, psychiatric issues, and even death. Oral Turinabol is proven not to be a safe anabolic steroid for women. I am not saying these consequences are inevitable, but rather that it’s a proven fact that the incidence rate of such consequences is very substantial.

Risk will exist for some women at doses less than 5 mg/day as well.

Nearly any anabolic steroid is better choice for women than OT.

2 Fast and safe delivery 1) Sufficient stock&disciplined packing team to make sure prompt and discreet delivery; 2) Experienced and professional logistic agent can provide various transportation ways; 3) Parcel can be sent out in 24 hours after payment. Tracking number available; 4) Customs pass rate ≥99%; 3 After-sale service Any questions or problems after receiving the product, please feel free to contact us.Problems would be solved immediately.